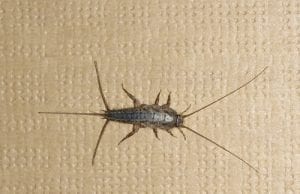 The effects of flooding can be downright devastating. The destructive path that a flood can leave is overwhelming to say the least. Homes, businesses, parks and schools, along with many other types of structures are left feeling helpless and hopeless. Unfortunately, structural damage isn’t the only problem that floods leave behind. Pied Piper Services would like to make you aware of common pests that pose a problem after flooding occurs.

There are Six Common Pests that May Become a Problem After a Flood in Greater Fort Worth, TX

1. Fire Ants – When flooding occurs not only does the water wipe out everything on the surface, but it also wipes out any ant nests that reside underground. When water floods the nest of a colony, fire ants will actually float instead of drown. At times you may see a pile of them floating together on top of the water until they can seek refuge on dry ground. Once they find some dry ground, they will build a nest again. This could mean an onslaught of fire ants in your home or on your property.
2. Silverfish – This squirmy insect seeks out wet places, so it is no wonder they are found after the effects of a flood. They are fairly harmless, but are not something you want overrunning your basement. Removing any standing water as soon as possible can help to eliminate the problem.
3. Mosquitoes – Unfortunately, with all the standing water that is left behind after a flood, it is an ideal environment for mosquitoes to lay their eggs. You can expect the mosquito population to grow after the effects of a flood. Make sure you are taking proper precautions to guard yourself and your family against the obnoxious bite of mosquitoes.
4. Flies – When a flood happens, sewer systems flood and can cause quite a stink. The mess left behind after a flooded sewer system inevitably attracts flies.
5. Cockroaches – Cockroaches are often seeking water sources, but after a flood they will be looking for a place to stay dry. There is a good chance this might be your house. They multiply quickly and carry diseases, so if you spot them, a professional pest control should be called to help as soon as possible.
6. Rats & Mice – The flooding of a sewer doesn’t just cause a fly problem, but this is also the home to thousands of rats and mice. They will be seeking refuge from the water as well. This could mean that they start to invade your home or other buildings on your property like barns and sheds. They carry many diseases and other insects such as lice and fleas. An invasion of these rodents shouldn’t be taken lightly.

So much damage involving flooding is out of your hands, and there isn’t much you can do to avoid the damage caused. Fortunately, if you have a pest problem following a flood, Pied Piper Services can help you resolve the issue. Don’t hesitate to call today with any of your pest invasion needs.