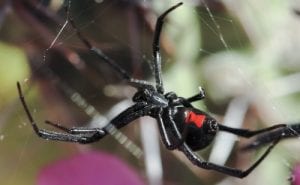 There are very few places across the world where spiders are not found. Across the United States there are spiders found everywhere. Some are more prone to specific areas, drawn to the climate and favorable weather conditions. Spiders, however, do not notice manmade boundary lines, but sometimes the various species can be found more concentrated in specific states. There are many spiders, despite their creepy appearance, that are actually beneficial in eating pests that cause damage or are more of a nuisance. But on the flip side, there are some spiders that can be quite venomous and need to be avoided at all costs.

Pied Piper Services expound on a couple of common venomous species of spiders found in Oklahoma.

With spiders making an appearance, there are dozens of spider species found in Oklahoma. Some species include; Black Widows, Brown Recluse, Tarantulas, Orb Weavers, Wolf Spiders, and Jumping Spiders among others. With that in mind, we will take a closer look at just a handful of them.

Black widow spiders are worth looking into as they are one of the most venomous spiders to people. Being notoriously known throughout the U.S., most know to keep their distance from the black spider with the menacingly red hour glass mark on their body. But we will review the facts just in case. Black widow males are not actually venomous, and do not carry the obvious red mark. Females are venomous, but what you may not know, is that they are actually shy creatures and will only become aggressive if they feel threatened without an escape or guarding her egg sac. The initial bite is likened to a pin prick, but excruciating pain takes hold within a few minutes as the neurotoxin venom spreads from the bite origin into the arms, legs, chest, back and abdomen. Within a few hours, respiratory difficulties arise, along with the chills, vomiting, violent abdominal pain, muscle spasms, joint pain, partial numbing, and intense sweating. Black widow bites fatalities is under 1%, and then only in young children, elderly and folks with immune deficiencies. Generally if bit, it is good to seek medical care, but there isn’t an antidote to the poison. You have to wait until it passes through the system, which takes 1-5 days. Though there isn’t a cure, the medical treatments can reduce symptoms and make the victim more comfortable white the poison dissipates.

The brown recluse is also worth mentioning, as they too can have harmful bites. They are light-dark brown in color and have soft bodies. Adorned with short delicate hairs, the brown recluse is only about ½” long. They also carry a distinct violin shape mark just behind their heads, though it is obvious once noticed, it isn’t apparent at first glance. Like the black widow, brown recluse spiders are not normally aggressive, and often bite only when sudden pressure is applied, like after someone had put on a shoe or shirt suddenly that has a brown recluse hiding in the folds. Reactions to the initial bite vary, same may not notice for a few hours, where others notice an intense pain right away. A stinging discomfort follows the pain, and within 8 hours, the bite has become inflamed, red and will contain puss-filled blisters in the area. Pain is generally increased as the venom is in the blood, along with fevers and insomnia. Around the bite, skin will be red and harden and remain so for a time. In severe cases, damage to the skin sometime requires skin grafts. A bite can take 6-8 weeks to become healed, and without medical treatment the skin will scar into a sunken dime-quarter size mark. 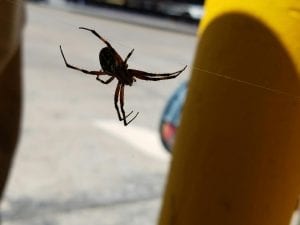 We at Pied Piper Services know the various spider species and how to treat them, especially if an spider infestation is present. If you have any concerns over spiders intruding on your home or business, give us a call.